In 1992, after the first of her three kids left for college, Sue Woolwine began her search for a meaningful and substantial volunteer opportunity.  As a former children’s educator, she was most drawn to the prospect of working one-on-one with children. Fortuitously, Sue found our program and began a journey that would forever impact her life, the lives of numerous children in foster care and their families, and CASA.

During Sue’s 24 years of service to CASA of Contra Costa County, she has been appointed by the juvenile court as the volunteer advocate for 13 children and youth.  She has advocated for children who successfully reunified with their biological family or were adopted by a forever family, as well as youth who emancipated from the foster care system at adulthood. Her impact on their lives and futures is unquestionable.

Jose, one of her former CASA “kids” who is now 24 years old, credits Sue with helping him to succeed in high school and find a job – two serious challenges for a youth exiting the foster care system.  Although their court dependency cases may have ended, and many of them are no longer children, Sue remains in contact with eight of her former “CASA kids”. She has transitioned from their CASA volunteer to a “great aunt,” mentor and friend, and has been an honored guest at their weddings, celebratory meals, and holiday gatherings.

Sue contributes in many other significant ways to the CASA program as a Team Leader, a volunteer trainer, an interviewer, and as a donor.  As one of our volunteer Team Leaders she mentors, advises and supports a team of approximately ten volunteer advocates so that they may better serve the foster children to whom they are appointed.  Her team members sing their praises of Sue as a compassionate, skilled, supportive and wise Team Leader. Click here to watch Sue and Jose's story. 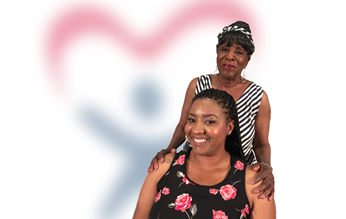 Imagine a shock from being with your own family to all of a sudden being around people you didn’t know. Tajha was one of those children. She lived in 8 foster homes. She was beaten almost daily. Carrie met Tajha when she was in a critical stage in her life; she had three more years to finish high school. She initially wasn’t welcomed in Tajha’s life, but she stayed anyhow. She showed up week after week constantly sending a message to Tajha “you’re worth something, you have value. I’m here. I’m not going anywhere.”

Carrie was the one who helped Tajha realized that there is a future, a value ahead of her, reminding her that she could become something. Tajha, who is now in college, says “Having Carrie motivated me to pay more attention and graduate from high school with a 3.2 GPA”.

Because CASA Volunteers get the opportunity to know foster children better than a lot of other people on the case, they show the judges who these children and youth are, what their needs are, and how to advocate for what’s in their best interest. By being a CASA Volunteer, you’re not just affecting the community now, you’re affecting it for the future as well.

Carrie was the first person Tajha saw when she graduated. They hugged, and Tajha said “If it weren’t for Carrie, I wouldn’t have graduated high school and wouldn’t be in college now.” Click here to watch Tajha's inspiring story.